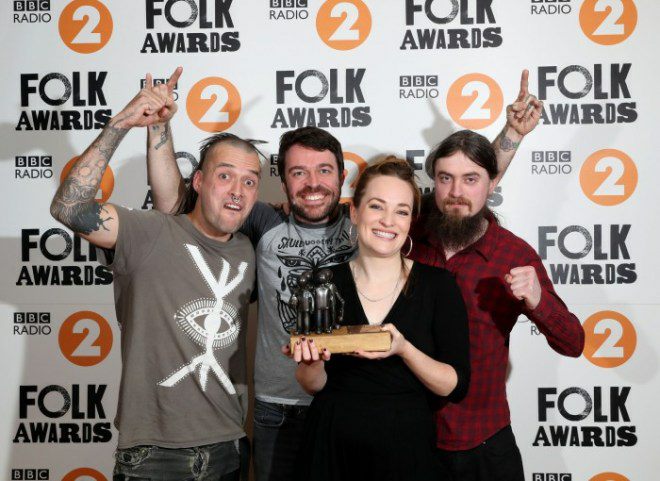 Lankum perform at the BBC Radio 2 Folk Awards 2018 in the Belfast Waterfront Hall where they picked up two gongs for “Best Group” & “Best Tune”. Hup the Dubs!

Huge Congrats from Tom & The Cobblestone, it’s great to see all the hard graft being rewarded by such a renowned institution as the B.B.C and of course the people in the U.K who Voted.

Lankum’s album ‘Between the Earth & Sky‘ was released on the prestigious Rough Trade Records to critical acclaim in 2017.

‘They do mark a turning point in folk… that authentic voice of the streets is back in a big way.’ – Mark Radcliffe

‘Anarchic, yet connected, rootsy and gutsy… I love their music, it is just so damn good!’ – Mike Harding