Cheyenne Mize – The Night Before Larry Got Stretched 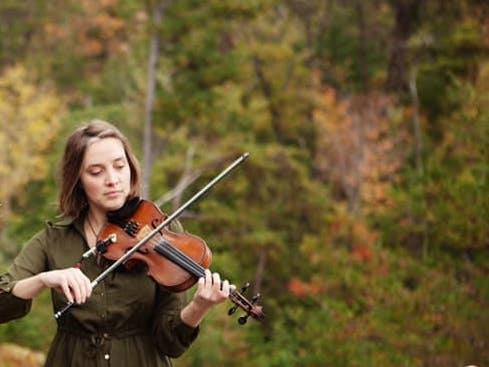 Traditional singing session The Night Before Larry Got Stretched returns for its March edition with special guest Cheyenne Mize.

Cheyenne Mize hails from the Commonwealth of Kentucky in the US. Since 2009, she has toured and released albums internationally with Bonnie “Prince” Billy, Maiden Radio, Vandaveer, and as a solo artist. When it comes to genre, Cheyenne refuses to choose one and instead makes an effort to play as many things as possible and with as many people as possible, with a particular passion for things old and almost forgotten.

She has been recognized by the NYTimes, NPR, Paste Magazine and others, but spends most of her time off the stage as a music therapist and community music-maker. In 2019, she became an Atlantic Fellow for Equity in Brain Health at the Global Brain Health Institute at Trinity College Dublin. She can be seen playing Appalachian fiddle tunes regularly around town and performs solo from time to time.