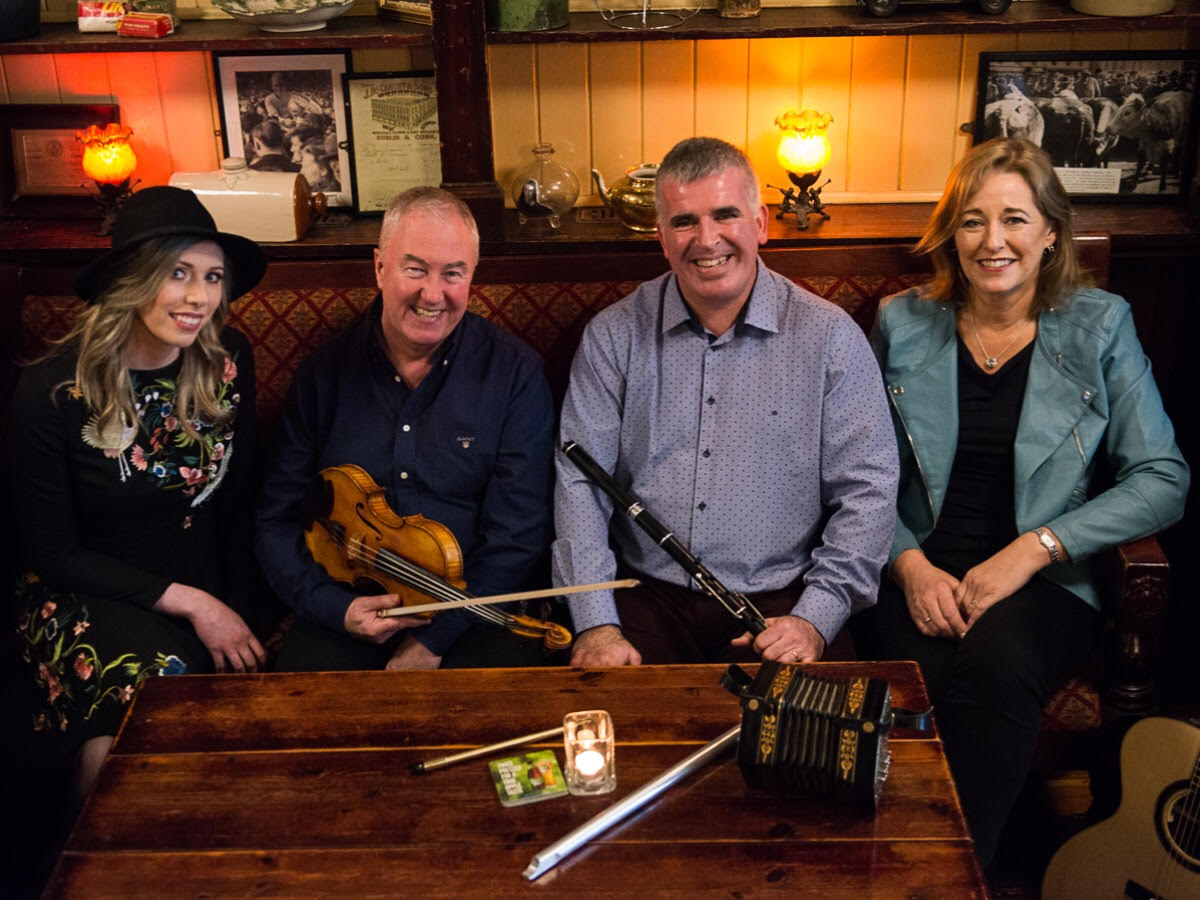 Gaining inspiration from the rich history and beautiful hinterland of Lough Key Forest Park, we decided to call our band Gatehouse after the ‘Tiara’ gate lodge, situated at the entrance to the Rockingham Estate near Boyle, Co. Roscommon.

We are a relatively new, Irish traditional group boasting an exciting line up of experienced traditional musicians including singer Rachel Garvey, Jacinta McEvoy on guitar and concertina, John McEvoy on fiddle and mandolin and John Wynne on flutes and whistles.  The two Johns go back along way and with Jacinta McEvoy performed for many years as a trio. However, they were keen to develop their sound and move things forward while at the same time remaining true to the tradition. The trio were delighted when Rachel Garvey, one of the finest interpreters of traditional songs, agreed to join and so Gatehouse was born.  Although our focus initially was on the music of North Connaught, we are constantly expanding our repertoire with new songs and compositions, along with a sprinkling of other influences wrapped in sensitive and tasteful innovation.

Following the release of our highly acclaimed debut album, Tús Nua in 2016, the band has gone from strength to strength, performing at venues and festivals in Ireland, Denmark, Norway and the UK as well as on live TV.  Encouraged by this success we decided to make our second CD ‘Heather Down the Moor’.

On Heather Down the Moor we present more intricate arrangements and have developed our sound with the help John Joe Kelly on Bodhrán, Alan Kelly on Piano Accordion, Michael McCague on Bouzouki and Conor & Paddy McEvoy on Fiddle & Piano. Heather down the Moor was co-produced with Dónal O’Connor. We are excited about introducing new listeners to traditional music and song and hope you enjoy our unique approach to blending the old with the new.