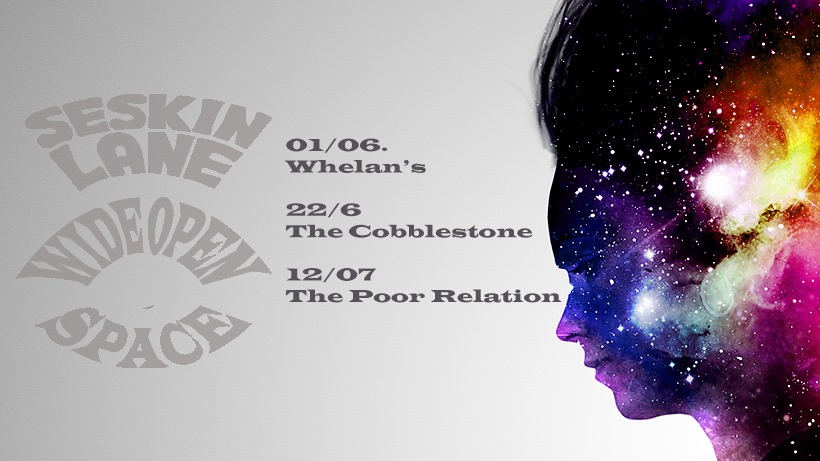 22nd June 2019 Doors: 21:00 Price: 8€
Seskin Lane return to The Cobblestone to launch their new single Wide Open Space.
Seskin Lane began as the songwriting project of Eoin Ryan Anthony and released their debut album ‘A History of Things to Come’ in 2015. This was quickly followed by sold out show in some of the country’s top venues, including Whelan’s and Crane Lane, and festival slots, culminating in a Friday night set at Electric Picnic’s famed ‘Salty Dog’ stage.
In the time since, the band have shifted their focus to collaborative songwriting, while continuing to put on sold-out shows in Dublin, Cork and Tipperary and supporting some of the most respected and successful acts in the country. This has allowed the group to refine both their songwriting and their stagecraft, and their live shows are quickly gaining a reputation as energetic and enthralling.